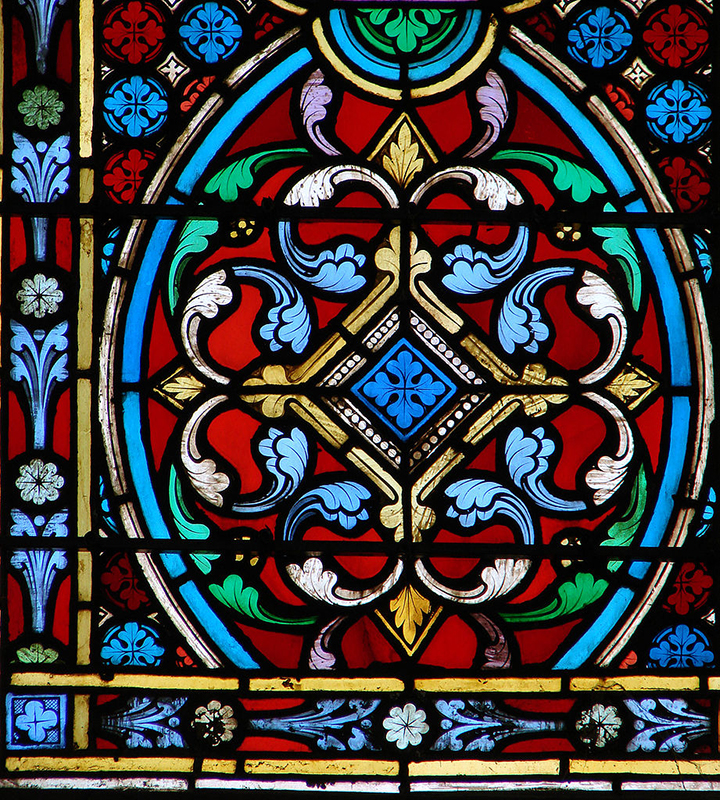 Humans used lead as long ago as 5000 BC; it was shaped for all sorts of uses ranging from water pipes to coins. It continues to be used to this day in a wide range of applications. Have you ever seen the beautiful stained-glass windows of churches, where the glass is held together by lead? Did you know that car engines rely on a lead-acid battery to start up? Or perhaps you are aware that when you watch TV or use a computer, it is lead that screens you from harmful radiation. Lead is certainly an important metal.

Lead is a bluish-white, shiny metal which is very resistant to corrosion. It is very dense but also very soft. Lead rarely occurs on its own in nature and is most abundant of the heavy metals. Lead is a good electrical conductor but is toxic if too much is absorbed into the body.

Currently, lead ranks after aluminium, copper and zinc in terms of usage with the largest application being in batteries for vehicles and communications. Less important uses include cable sheathing, solder, casting alloys, chemical compounds, ammunition, in ceramics and in glass for TV and computer screens for radiation protection. New uses for lead could be in large storage batteries used for load-levelling of electrical power and in electric vehicles.

So-called 'lead pencils' don't actually contain lead, but are made from carbon (graphite). Lead is one of the oldest metals known to humans. Its widespread occurrence, relatively simple extraction and combination of desirable properties have made it useful to humans since at least 5000 BC. Lead pipes, water tanks, coins and weights for fishing nets were used in ancient Egypt and the Hanging Gardens of Babylon were floored with soldered sheets of lead. The Romans had an elaborate water distribution system of lead aqueducts. Roman baths in Bath, England, were lined with lead and fed by lead pipes from hot mineral springs. The Romans gladiators even used lead knuckle dusters. During the Middle Ages, lead was among the main exports of England.

The ancient Phoenicians mined and smelted lead in Cyprus, Sardinia and Spain. The Japanese added lead to bronze to increase fluidity. Many 15th and 16th century buildings had lead roofs (including Westminster Abbey and St Paul's Cathedral which still stand today) and during the Great Fire of London in 1666, the gutters were running with molten lead. However, lead is highly toxic so many uses of lead have been discontinued and the major use of lead today is in batteries for motor vehicles and in communications. Prior to the 1970s, most house paint contained lead, so people renovating old houses are advised to wear face-masks when sanding or scraping the old paint off walls. Modern paints now contain titanium dioxide instead, a safe mineral sands product.

The main lead mineral is galena (PbS), which contains 86.6% lead by mass. Cerussite (PbCO3) and anglesite (PbSO4) commonly occur in the near-surface weathered or oxidised zone of lead orebodies.

Lead deposits form from hot, aqueous (or hydrothermal) fluids generated within the earth. These fluids flow along sub-surface fractures, where galena and other minerals may be deposited to form vein deposits. Fluid flow can also occur in aquifers, and in limestone, galena and other ore minerals can precipitate in cavities to form rich but patchy deposits. Some fluids may reach the ocean floor in areas of underwater volcanic activity to form 'volcanogenic' deposits. Examples of this last type of deposit are presently forming under the ocean off Papua New Guinea, Canada and elsewhere in the world. Other fluids may escape to the surface into shallow seas, and, under suitable conditions, lead-zinc-silver deposits may form.

For thousands of millions of years, deposits have been forming in these manners, and may eventually be exposed at the surface following weathering and erosion. Some are completely eroded away and may be recycled by natural processes into the earth. Partially eroded deposits exposed at the surface were relatively easily discovered; examples include Broken Hill in 1883 and Mt Isa in 1923. These deposits formed the basis of Australia's lead-zinc silver mining industry.

Lead was the first metal mined in Australia at Glen Osmond in South Australia in 1841, after the wheel of a cart being pulled up a rough track accidentally exposed some lead-zinc ore. In 1876, lead-silver ore was discovered and mined at Thackaringa, near Broken Hill in New South Wales, but the mines closed in 1877. Partially eroded lead deposits exposed at the surface were relatively easily discovered by the early miners with examples being Broken Hill discovered in 1883 and Mt Isa discovered in 1923. These deposits formed the basis of Australia's lead-mining industry.

In 1883 Charles Rasp found some dark, heavy rocks at Broken Hill which he thought may contain tin. Subsequent assays (analyses) proved that he had located rich oxidised (weathered) silver and lead ore, the mining of which developed into a major industry in Australia. More than 100 years later, ore is still being mined from the Broken Hill deposit and it has been the largest producer of lead-zinc-silver in Australia. (see Google Arts and Culture -  Broken Hill: one of the world's largest lead-zinc-silver deposits).

The rich lodes at Mt Isa were not discovered until 1923 and were developed despite the remote location and harsh environment. The nearby, rich, Hilton deposit was discovered in the late 1940s but not developed until the mid-1980s. Production at Mt Isa continues and it has been the second biggest lead producer in Australia. In the Mt Isa region, there is a large mine at the Cannington deposit and the Century mine recently closed. Elsewhere in the region, the Dugald River and Lady Loretta deposits are yet to be developed. In the Northern Territory, the large McArthur River deposit is a major lead producer. Lead ore also is produced at Rosebery in Tasmania, and Elura in New South Wales.

Exposed deposits are becoming harder to find in Australia so exploration companies are looking beneath the surface for the deposits of the future. This is a more costly and difficult way to find orebodies but a series of successes have occurred since the late 1970s. Such discoveries include the Admiral Bay deposit (1.5 km deep) in Western Australia, the Cannington deposit (10 m deep) in north Queensland, the mined-out Hellyer mine in Tasmania (90 m deep), the Wilga deposit in Victoria (50 m deep), and the Teena deposit (500 m deep) in the Northern Territory.

Today, Australia is the world's leading producer and exporter of lead, with large mines at Broken Hill, Mt Isa and Hilton in Queensland and McArthur River in the Northern Territory. In deposits mined today, lead is usually found in ore which also contains zinc, silver and commonly copper and is extracted as a co-product of these metals. However, more than half of the lead we use comes from recycling, mostly from old car batteries.

Australia leads the world in mine production of lead and is the world's largest exporter of lead, with the bulk of Australian production exported as lead bullion to the United Kingdom and some to South Korea. Of the rest, lead in ores and concentrates goes mainly to Japan for further processing, while refined lead is sent to Taiwan, South Korea, Indonesia, India and Malaysia.

Australia is at the forefront of technological development in lead mining and processing. Almost all of Australia's lead-zinc mines are underground operations and are highly mechanised. Ore is drilled and blasted in large volumes, transferred to underground rock crushers by large loaders and trucks before being hoisted to the surface in skips or driven directly to the surface by truck via a spiral access tunnel (decline). At the surface, the ore is subjected to additional crushing and fine grinding.

The effect of lead mining on the environment has been markedly reduced over the past 20 years, as has the use of toxic lead compounds.

A flotation process separates the lead and other valuable sulphide minerals from the waste rock particles (tailings) to form a concentrate. The flotation process was developed in Australia in the early days of mining at Broken Hill. Further Australian innovation has resulted in the improved Jameson flotation cell, which is installed in many mines around Australia.

Ground ore, water and special chemicals are mixed together and constantly agitated in banks of flotation cells. Air is blown through the mixture in each cell and the fine lead sulphide particles stick to the bubbles, which rise to form a froth on the surface of the flotation cell. The tailings sink and are removed from the bottom of the cell. The froth is skimmed off and the resulting lead sulphide concentrate is dried. During this process, the ore, which may contain only 5% lead, is upgraded to a concentrate with 50% or more lead. At Broken Hill, concentrate grades average about 70% lead, mainly because the relatively coarse grain of the ore allows excellent recovery of lead sulphides.

The concentrate is sintered (partly melted) to combine the fine particles into lumps and to remove some sulphur as sulphur dioxide. The sintered product is then smelted in a blast furnace to produce impure lead metal (97% Pb). The lead metal is cooled in stages but kept molten to cause trace copper and impurities to separate as a dross (impurities) surface layer. At each cooling stage the dross layer is removed to be recycled to the blast furnace or further processed. The remaining molten crude lead is either passed direct to the refining stage or cast into lead bullion ingots for later refining.

Refining (purifying) the crude lead or bullion involves remelting then blowing the molten lead with air to form a slag (impurities) layer containing antimony, arsenic and some lead. Silver, and any trace gold or copper, is removed and the refined lead (more than 99.9% Pb) is cast into ingots (blocks) for use in the manufacturing industry.

Concentrates from various Australian mines are smelted and refined at Port Pirie, South Australia, which is Australia's sole producer of primary refined lead. Mount Isa Mines Ltd smelts most of its lead concentrate to lead bullion at Mt Isa before shipping it to the United Kingdom for refining.

Recycling has long been a feature of the lead industry, with about half the lead consumed in Australia now coming from this source. Secondary lead refineries in Melbourne and Sydney recycle lead scrap, mainly from lead-acid batteries.