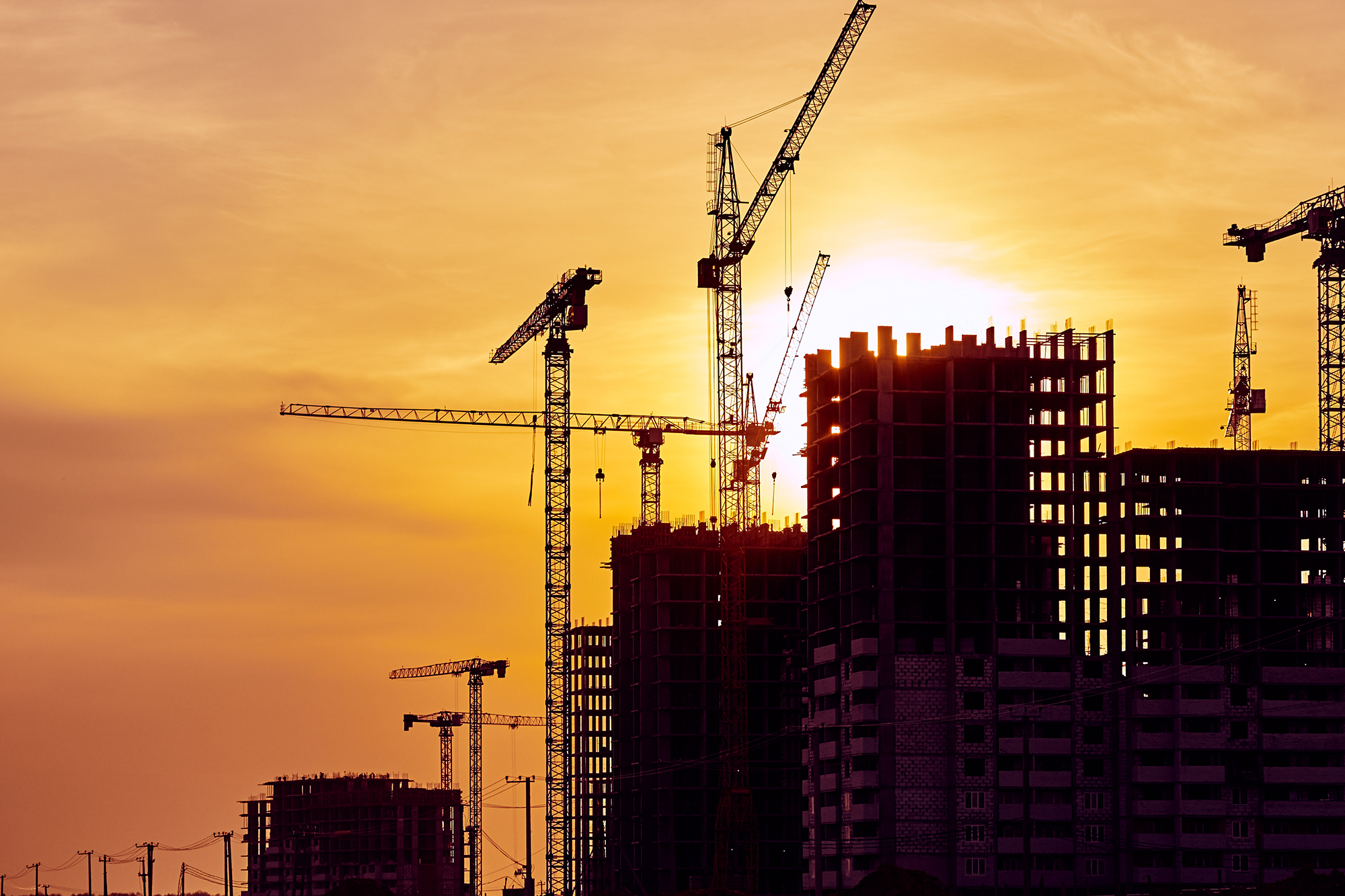 The National Classification System for Identified Mineral Resources has been used by the Australian Government since 1975 for classifying mineral resources for regional and national assessments. It provides a long-term view on what is likely to be available for mining.

Economic Demonstrated Resources (EDR) is the category used for the national totals of economic resources and provides a basis for meaningful comparisons of Australia’s economic resources with those of other nations. The Commodity Summaries section provides a snapshot of key facts and figures for the 35 mineral commodities covered in AIMR 2021, including EDR, Ore Reserves, production, rises and falls and world rankings.

Estimating the total amount of each mineral commodity likely to be available for mining over the long term (EDR) is not a precise science. The long-term perspectives presented herein take account of the following:

In addition, some resources that, all being equal, would normally be considered EDR are not accessible because of environmental, legal or military land-use restrictions. Thus Table 3 also lists Accessible Economic Demonstrated Resources (AEDR). Of the 35 mineral commodities assessed in this publication, only black coal, brown coal, gold, mineral sands, platinum group elements and uranium have EDR that is considered inaccessible.

Over time, all of Australia’s current EDR of gold, silver, tin, zinc or any number of other commodities will be mined. At first glance, this statement might seem somewhat paradoxical because not every deposit that contributes to the national EDR will have all of that individual EDR brought into production. Indeed, some deposits currently contributing to EDR will never produce any metal. However, the National Classification System is not designed to be used for individual mine assessments. Instead, it is a way of estimating regional and national totals. So, from an aggregated point of view, it is a reasonable proposition that, eventually, all of the current EDR (and more) will be mined. Twenty years ago, gold for example, had an EDR of 4,959 t; since 2000, Australian mines have produced 5,710 t of gold.

Australia is yet to run out of EDR because, to use JORC Code terminology, as individual Ore Reserves are depleted, Measured and Indicated Resources are reassessed into Proved and Probable categories, Inferred Resources are worked on to bring them to Measured and Indicated status and new drilling at existing mines as well as new greenfield discoveries add to the resource inventory. In addition, extractive technologies improve over time and if a commodity becomes rare then the laws of supply and demand result in previously subeconomic deposits becoming profitable. Thus EDR fundamentally differs from Ore Reserves under the JORC Code because it is not meant to provide a picture of what is currently commercial to mine but rather an outlook on what is likely to be available for mining over the long term, i.e., of opportunity for supply at regional and national scales.

1. Economic Demonstrated Resources (EDR) predominantly comprise Ore Reserves and most Measured and Indicated Mineral Resources that have been reported in compliance with the Joint Ore Reserves Committee (JORC) Code to the Australian Securities Exchange (ASX). In addition, some reserves and resources have been reported using other reporting codes to foreign stock exchanges and Geoscience Australia may hold confidential data for some commodities.

4. Australian mine production from Resources and Energy Quarterly, December 2021 published by the Office of the Chief Economist, Department of Industry, Science, Energy and Resources unless otherwise stated. Production data often have a higher level of certainty than reserve and resource estimates and, thus, may be presented with more significant figures.

5. World economic resources from Mineral Commodity Summaries 2021 published by the USGS and adjusted with Geoscience Australia data, unless otherwise stated.

6. World production from Mineral Commodity Summaries 2021 published by the USGS and adjusted with Geoscience Australia data, unless otherwise stated.

14. World economic resources and mine production are presented as chromite ore.

17. World resource figures are for industrial diamonds only, no data provided for resources of gem diamonds.

18. World mine production of fluorine excludes the USA.

21. World mine production excludes the USA.

23. Manganese world economic resources and mine production are presented in the Mineral Commodity Summaries 2020 published by the USGS as manganese content, not manganese ore.

25. There are no mines producing niobium as a primary product in Australia. It is likely that niobium is produced as a by-product at some lithium/tantalum operations, but these data have not been reported.

27. World mine production is platinum and palladium only.

32. Australian tantalum production data from Department of Mines, Industry Regulation and Safety, Western Australian Government, 2020 Major commodities resources file. Production represents a maximum as no correction has been made for actual tantalite concentration in reported concentrates.

34. World economic resources from the International Atomic Energy Agency estimate for Reasonably Assured Resources recoverable at costs of less than US$130/kg U published in Uranium 2020: Resources, Production and Demand (the Red Book).

Australia’s EDR of the following mineral commodities increased significantly (up 5% or more) during 2020: antimony, cobalt, lithium, molybdenum, platinum group elements, potash, scandium, tantalum, tungsten uranium and vanadium (Table 4). Only the EDR of in situ brown coal decreased significantly (down 5% or more) in 2020. All other mineral EDR stayed within +/-5% of the previous year’s estimates (Table 4).

Australia’s EDR of a range of mineral commodities have undergone significant and sometimes dramatic changes since Geoscience Australia, and predecessor organisations, began keeping systematic records more than 40 years ago. These changes can be attributed to one, or a combination, of the following factors:

Most bauxite EDR are attributable to Queensland and Western Australia (Figure 2) where the giant deposits in Cape York and the Darling Range, respectively, dominate. Similarly, Australia’s enormous iron ore EDR are geographically concentrated in the Pilbara region of Western Australia. Western Australia also holds almost all of nickel and diamond EDR, though the latter is mostly attributable to the Argyle mine which closed in November 2020. Manganese ore EDR are found in Western Australia and the Northern Territory. On the other side of the country, almost all black coal EDR are located in Queensland and New South Wales (Figure 2). Gold, silver, lead, zinc, copper, uranium and mineral sands are dispersed across the country (Figure 2). 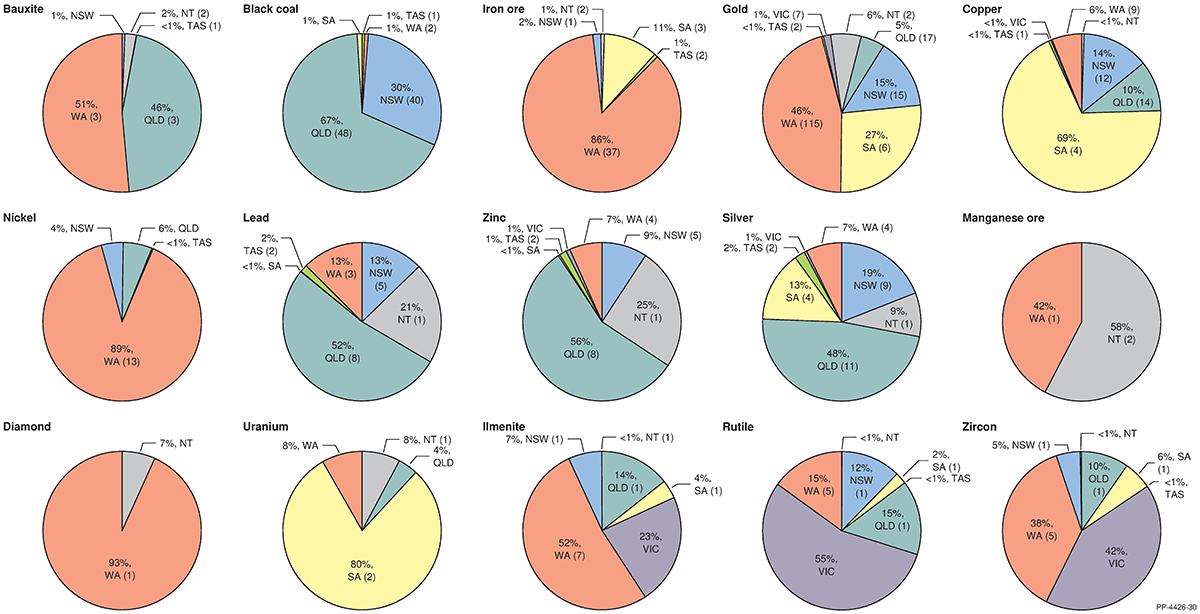 Figure 2. Distribution of EDR of major commodities by Australian jurisdiction as at December 2020. Where applicable, the number of mines in each jurisdiction is in brackets after the percentage of EDR.