Other Australian jurisdictions, however, saw a decrease in exploration during the COVID-19 pandemic in 2020, with Tasmania and the Northern Territory down 33% and 17%, respectively. South Australia (down 8%) and New South Wales (down 3%) were less severely impacted.

Gold was the most explored for commodity in 2020, accounting for 46% of all mineral exploration expenditure and a new record of $1,316 million (Figure 6). As well as record prices and exploration expenditure, sustained interest in gold over the past six years has led to large tonnages of resources being upgraded to economic categories and Australia’s gold inventory remaining the largest in the world over the past decade. 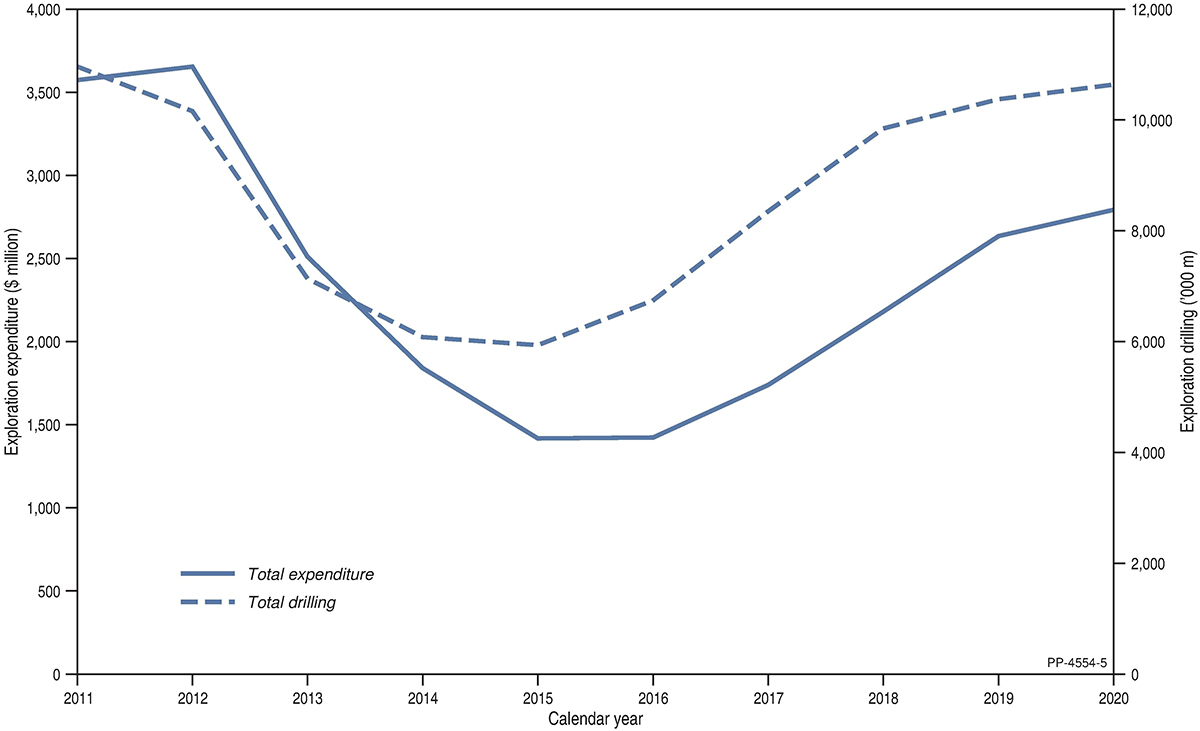 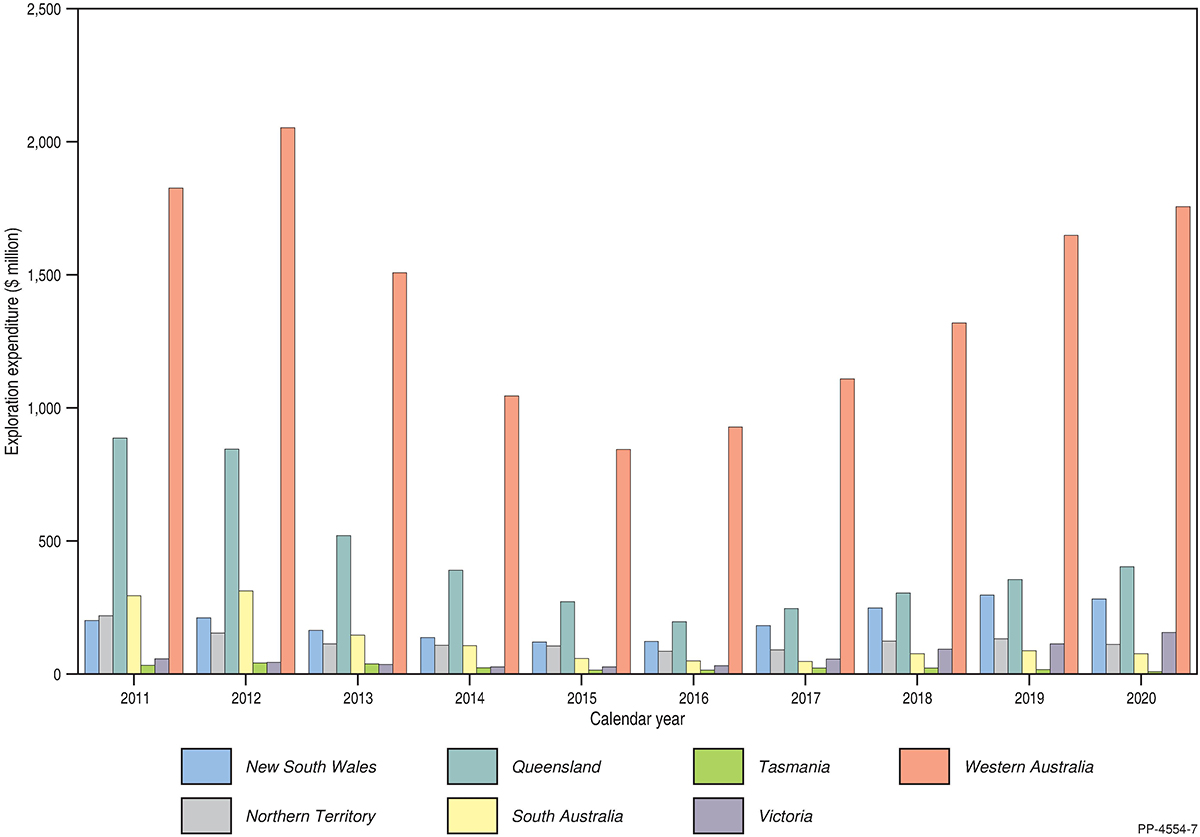 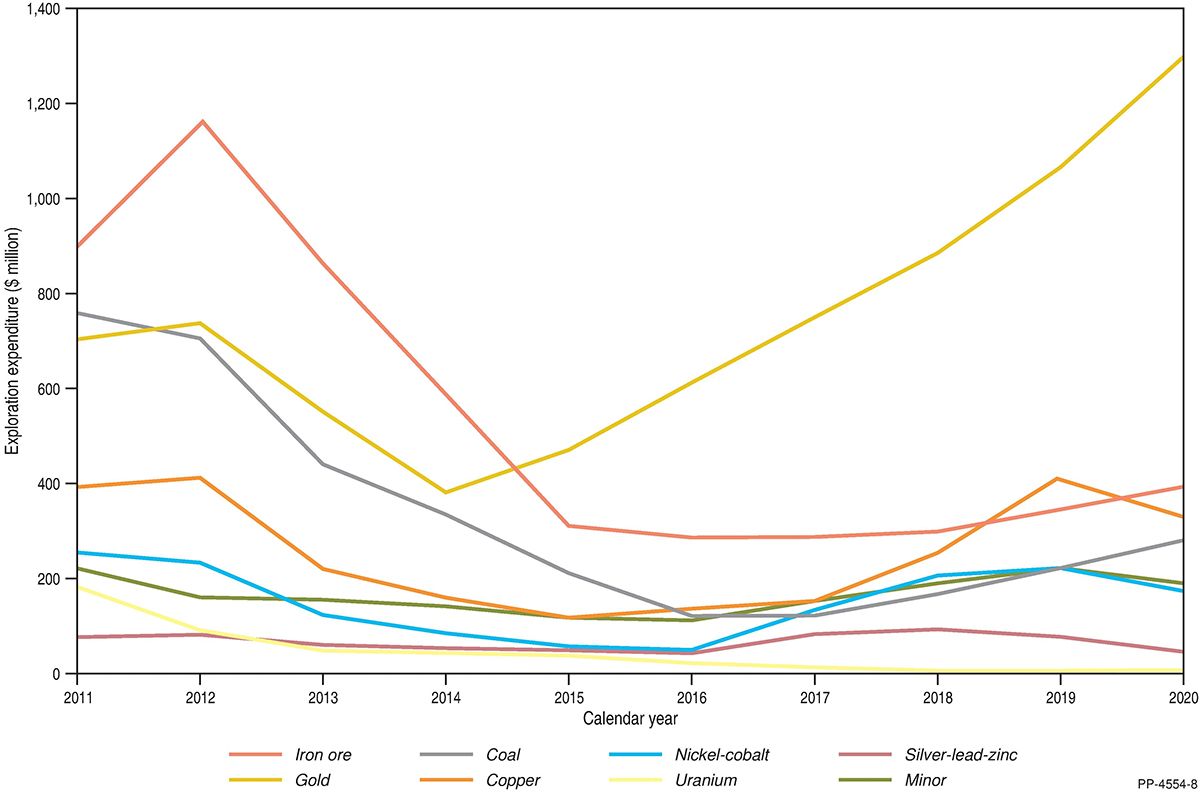