Regional Geology of the Perth Basin

The Perth Basin is a large (172 300 km2) north to north-northwest trending, onshore and offshore sedimentary basin extending about 1300 km along the western margin of the Australian continent (Figure 1). With the exception of Whicher Range and some isolated oil and gas shows in the Vlaming Sub-basin, hydrocarbon occurrences and production are confined to the northern part of the Perth Basin. This includes 20 commercial oil and gas fields and numerous additional significant discoveries of varying size, dominantly in the onshore northern part of the basin. Recent commercial onshore gas discoveries at Waitsia and West Erregulla have highlighted the hydrocarbon potential of the Permian and Triassic sedimentary sequences. The producing region of the basin is close to petroleum industry infrastructure, including two major gas pipelines and trucking facilities to an oil refinery near Perth (Figure 2). 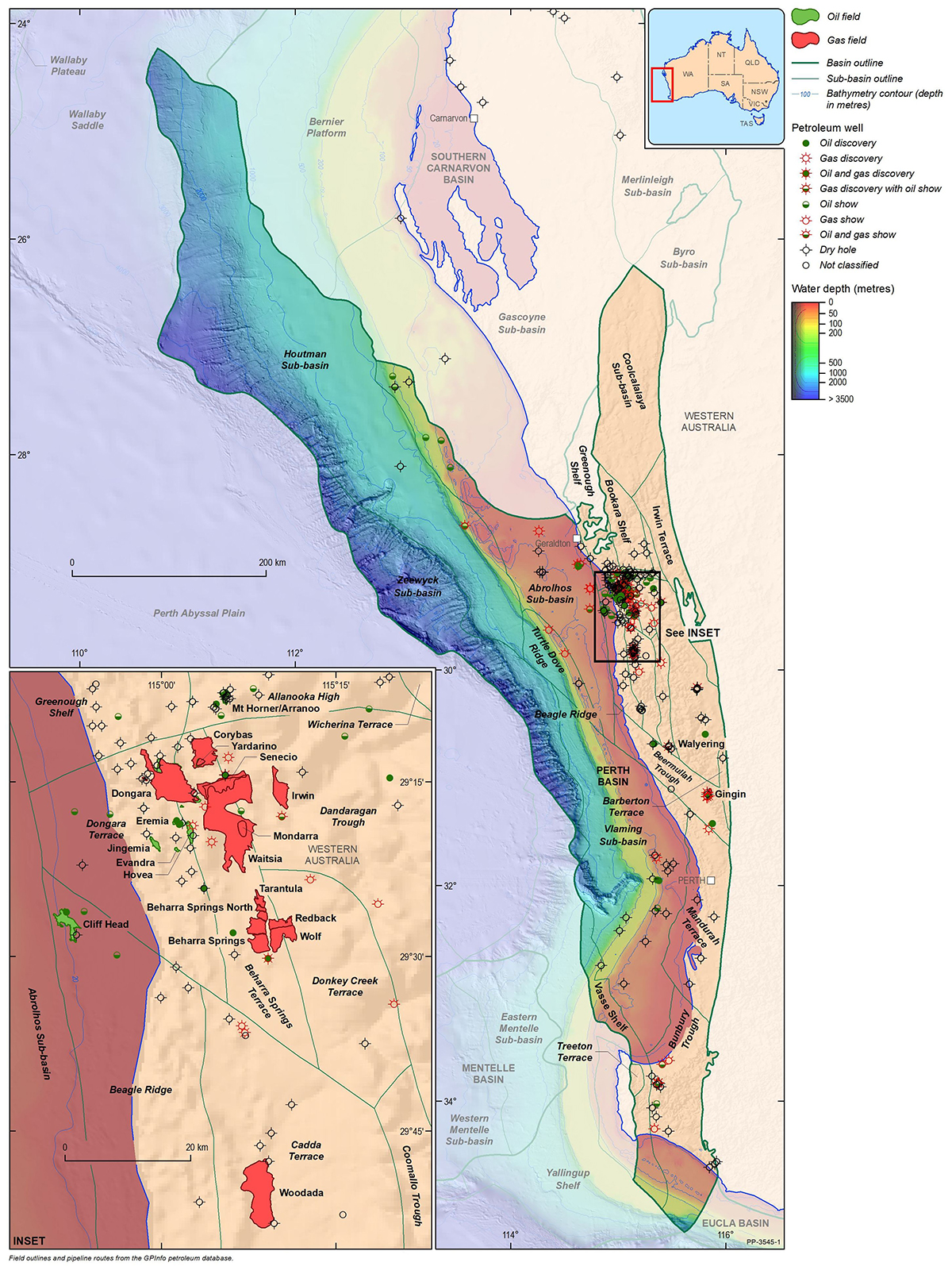 Figure 1: Map showing the location and extent of the Perth Basin, the distribution of petroleum exploration wells, oil and gas fields and basin bathymetry.