Regional Geology of the Sorell Basin

The Sorell Basin is a large transtensional basin that lies off the west coast of Tasmania and King Island (Figure 1), in water depths of 50–4500 m. It is bounded by the Otway Basin to the north, the Tasmanian coast to the east, oceanic seafloor to the west; the South Tasman Rise lies to the south. The Sorell Basin is structurally and stratigraphically contiguous with the Otway Basin and contains a largely siliciclastic Lower Cretaceous to Holocene succession. The basin includes five sub-basin depocentres: the King Island, Sandy Cape and Strahan sub-basins in the north, and the Port Davey and Toogee sub-basins in the south (Figure 2).

Limited exploration activity has been focused entirely in the northern part of the basin. The southern part of the basin is essentially unexplored and the geology of this part of the basin is poorly understood. In general, sediment thickness in the basin decreases to the south and maximum thicknesses vary from approximately 6000 m in the Sandy Cape and Strahan sub-basins, to 3000 m in the Port Davey Sub-basin. Although the Sorell Basin is largely underexplored, the presence of thick Cretaceous basin-fill, interpreted to contain organic-rich coaly, deltaic and marine facies that are mature for hydrocarbon generation in much of the basin, and minor oil indications in one well, indicate that active petroleum systems may be present in the basin. 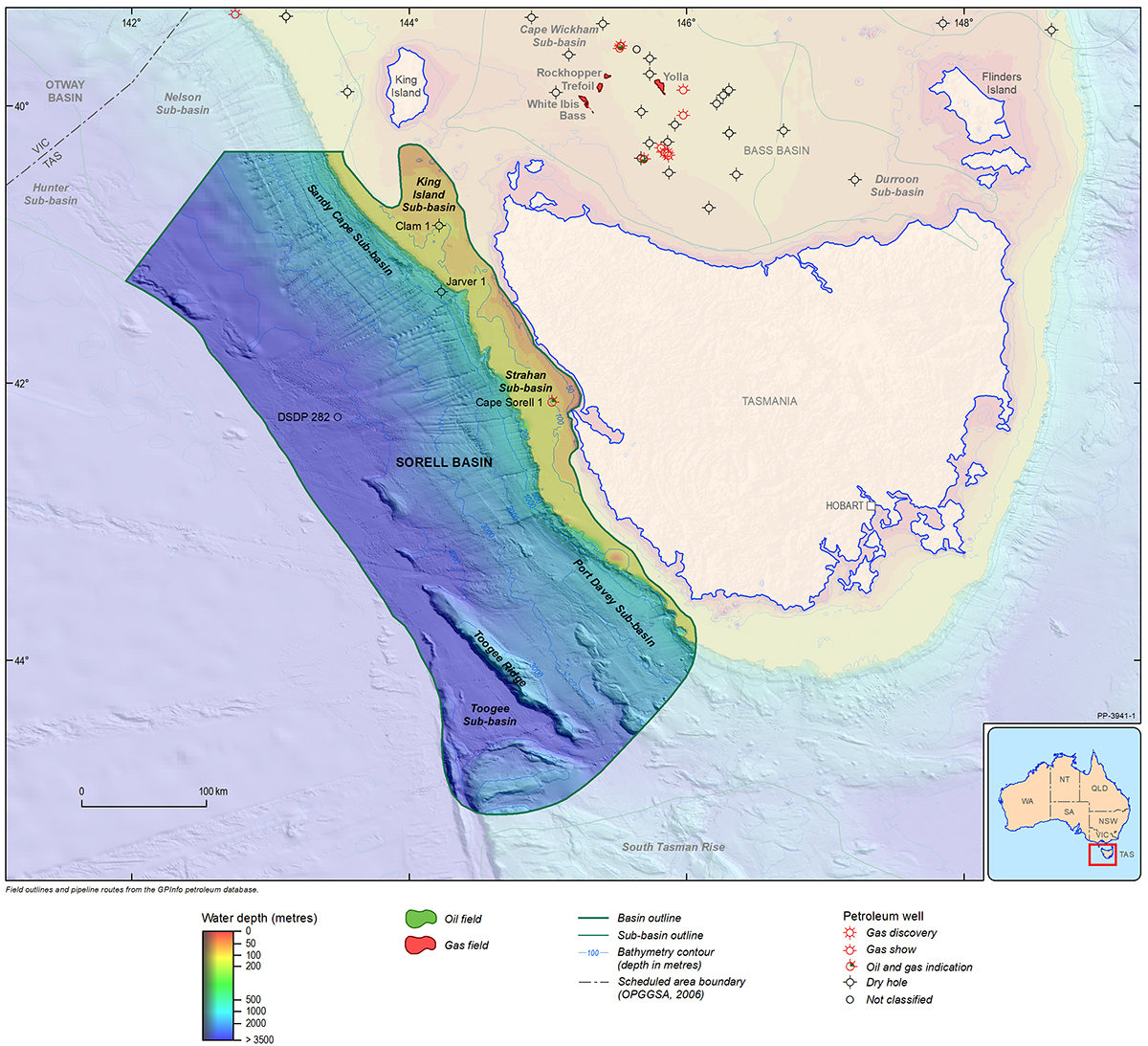 For information on the 2021 acreage release areas in the Sorell Basin visit the Department of Industry, Science and Resources website