Australia has seen significant increases in its inventories of critical mineral resources according to a report released by Geoscience Australia today.

It found in the year to December 2020, Australia’s economic inventories increased for rare earths (up 4%), lithium (up 8%), vanadium (up 23%) and platinum group elements, which increased an impressive 185%.

In the same reporting period, Australia:

AIMR also reports that in 2020, mineral exports were valued at $231 billion and investment in mineral exploration reached $2.8 billion, an increase of 6% compared to the previous year. This is the highest spend on exploration since 2012. 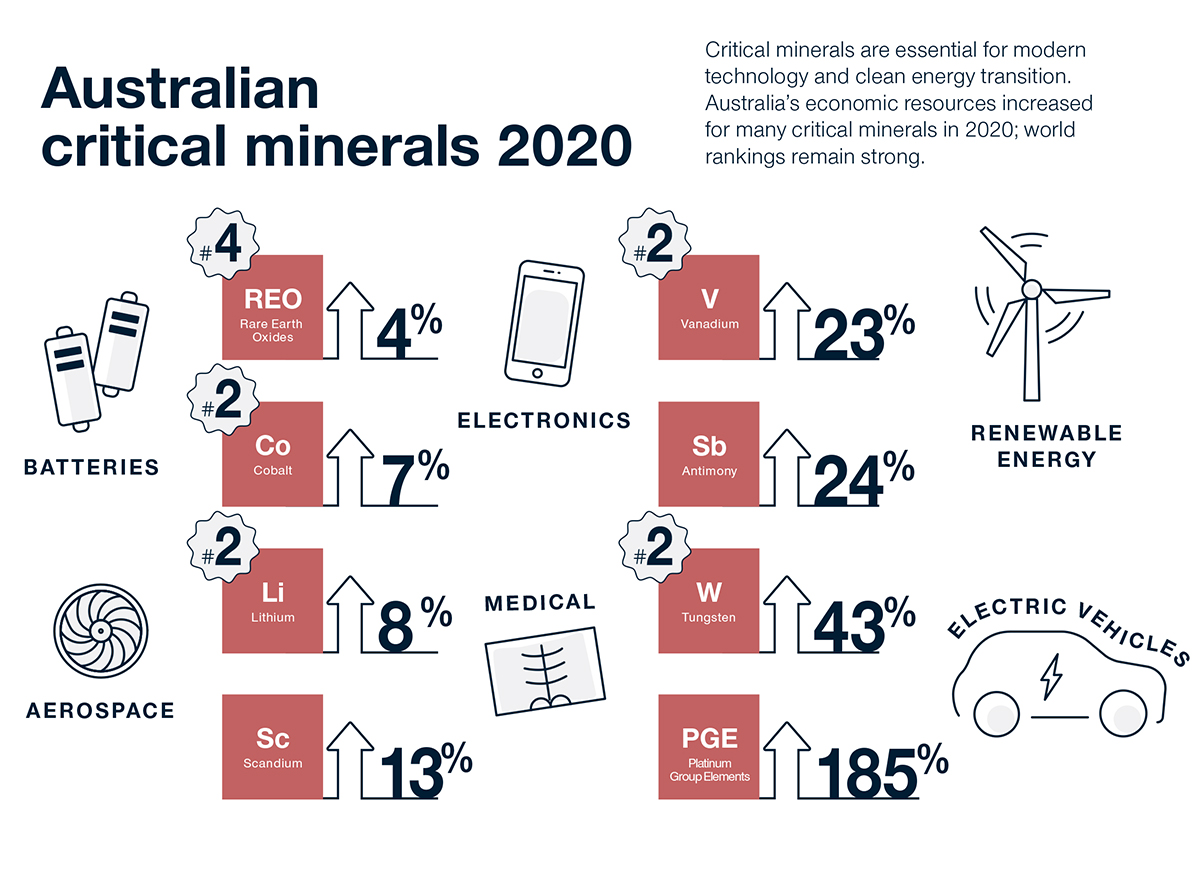 Australia's economic resources increased for many critical minerals in 2020.

“The International Energy Agency forecasts nickel and lithium use in batteries will increase sixfold and thirteenfold, respectively, by 2040. There is an urgency to discover new world-class resources to meet this projected demand and further develop the pipeline of mineral resources that will anchor secure supply chains for Australia and our partners.”

“Australia’s economic resources of potash increased 21% in 2020. While not included in this report, it is exciting to see the first commercial domestic production of potash in Australia achieved in late 2021. With this, Australia is on its way to reducing its reliance on imports and strengthening national food security,” Ms Britt said.

“The new potash industry, stimulated by Geoscience Australia’s salt lake study in 2013, clearly shows the benefits of government leadership in delivering precompetitive geoscience data and information through initiatives such as the $225 million Exploring for the Future program.”

The Geoscience Australia-led Exploring for the Future program is supporting industry to discover new mineral resources across the country. From 2016 to 2020, the program mapped more than 3 million square kilometres of northern Australia.

AIMR 2021 provides valuable insight for governments and industry to measure the impact of COVID-19 on our minerals industry and monitor the recovery.

The latest edition of AIMR is now available. 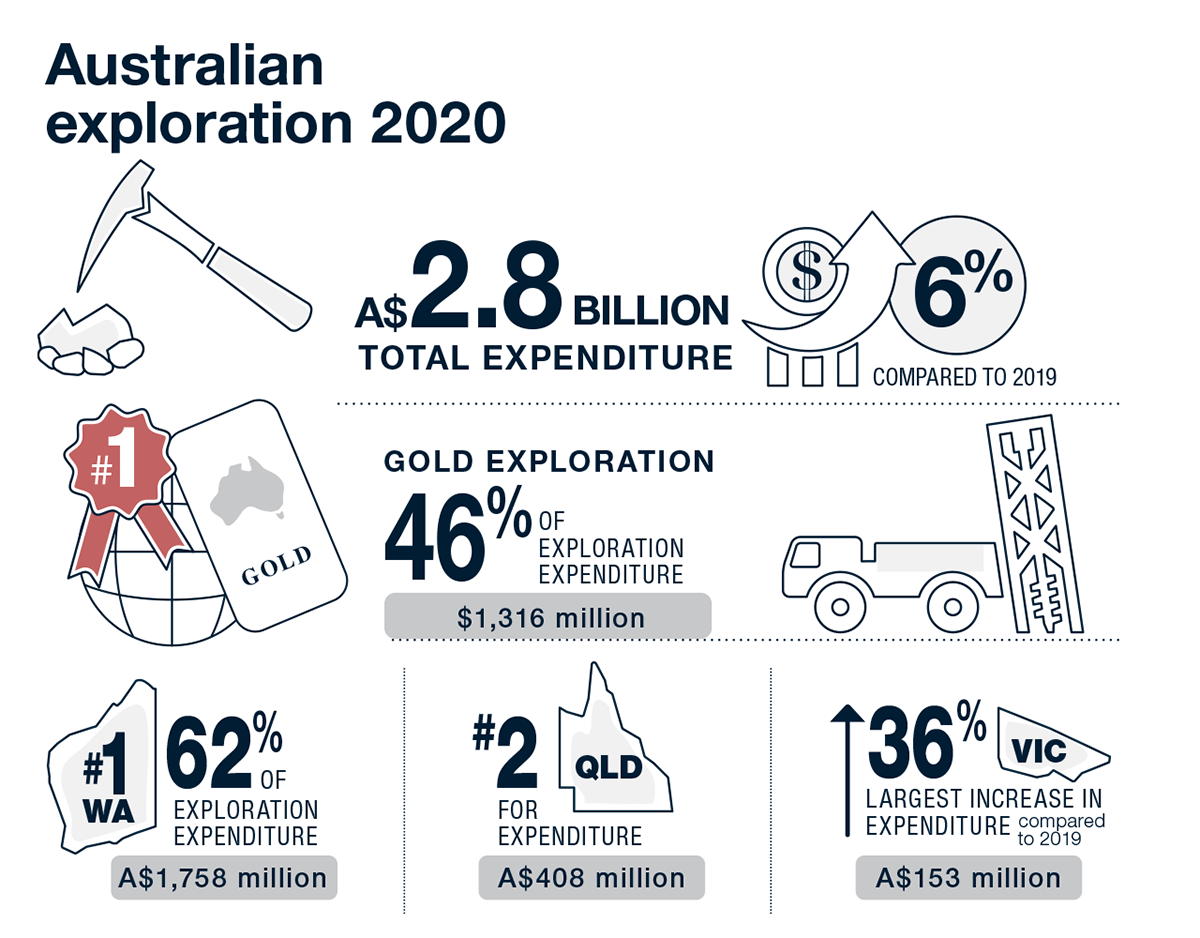