Scientists have been hunting for signs of ancient earthquakes near Adelaide to better understand the earthquake risk to the city.

The Adelaide region – home to 1.3 million people – is one of Australia’s most seismically active areas, straddling several faults, including the Willunga Fault.

“What we were looking for is evidence in the geological record of earthquakes approximately 6.5 to 7.2 magnitude in size,” Dr Clark said.

“While no earthquakes of this magnitude have occurred on this fault in recorded history, previous work led by the University of Melbourne has uncovered evidence of multiple large earthquakes occurring on this fault during the past few hundred thousand years.

“We calculate that the 55-kilometre active length of this fault could potentially host an earthquake as large as magnitude 7.2. An earthquake of this size would involve approximately 30 times the energy released by the earthquake that devastated Christchurch in New Zealand in 2011.

“As with Christchurch, Adelaide’s building stock contains many heritage buildings that would be vulnerable to strong ground shaking from an earthquake of this magnitude.

“What we were trying to pin down is how often earthquakes have occurred on this fault in the past, how big they were, and what this could mean for the people of Adelaide today.” 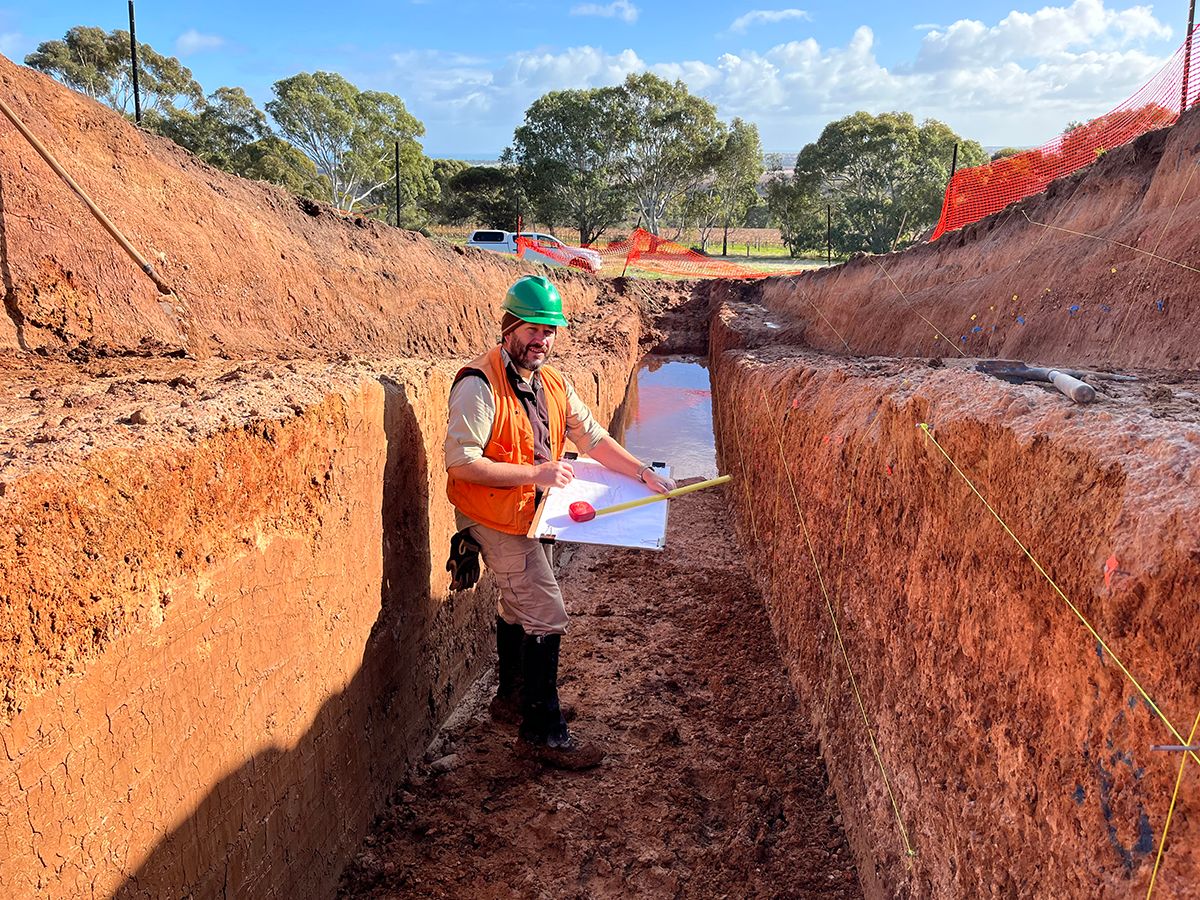 To answer these questions, scientists from Geoscience Australia - alongside researchers and students from the University of Melbourne and the Seismology Research Centre - excavated two large trenches to expose the fault.

The team searched for “offset stratigraphy” in the trench – layers of sediment which have been displaced when an earthquake ruptured the fault. These layers can be dated to estimate when the earthquake occurred.

They also measured the amount of surface rock and soil displacement associated with the earthquake to determine its magnitude.

“While the techniques are not novel in plate margin settings like California or New Zealand, few faults in Australia have been studied this way,” Dr Clark said.

“Fewer than a dozen of these faults have been the subject of detailed paleoseismic field investigation to determine their actual seismic potential."

The findings of this study will feed into future updates of Geoscience Australia’s National Seismic Hazard Assessment (NSHA).

The NSHA assesses the likelihood of strong ground shaking due to earthquakes across Australia based on geological, historical and instrumental data. This enables communities to become more resilient to earthquake events.

For more information, head to www.ga.gov.au/about/projects/safety/nsha.