Australia's earthquakes are caused by the sudden release of stress that slowly builds up across the Australian tectonic plate as it moves northeast about 7cm per year. The Australian plate is the fastest moving continental land mass on Earth and is colliding into the fastest moving tectonic plate, the Pacific plate which is to Australia's north and east. These combined tectonic movements cause the build-up of stress in the interior of the Australian plate, which is then released during earthquakes.

How do we measure the size of an earthquake?

Earthquakes result from the vibrations that occur when rocks within the earth break or move due to stress. The underground surface along which movement occurs is called the fault plane. The waves of energy that are emitted along this fault plane, the seismic waves, are what we physically measure. We use instruments called seismometers to measure the amplitude of these waves, which describe the amount of energy released during the earthquake. 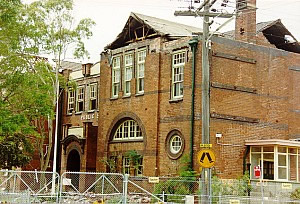 Why are earthquakes felt in different ways?

Magnitude is only one indicator of the expected impacts that an earthquake can have in any given region. The resulting severity of shaking during an earthquake is affected by other specific and unique factors such as the depth of the earthquake, local geology and soil conditions. Building damage also depends on the quality and type of construction. Clearly, the distance from the epicentre will also have an effect on the vibrations felt at a location.

Geoscience Australia provides a 24/7 earthquake monitoring and alerting service. As earthquakes cannot be predicted, an earthquake can only be alerted for its time, location and magnitude once it has been recorded and analysed by the Geoscience Australia Duty Seismologist. Firstly, the seismic energy must be large enough to reach a minimum of three seismometers. This can take about 3 to 4 minutes.

Once the location of the earthquake has been computed, the magnitude can be determined. This can take a further 3 to 4 minutes. So earthquake are generally notified in about 10 minutes, but are always alerted as soon as possible. Sometimes the alerts can be as quick as 6 to 7 minutes depending on the distribution and number of seismometers around the epicentre. However, small earthquakes with magnitude less than 2.5 can take longer as the seismic waves can sometimes be difficult to analyse.

Geoscience Australia also operates the Joint Australian Tsunami Warning Centre (JATWC) in collaboration with the Australian Bureau of Meteorology. The JATWC is the official provider of tsunami warnings for Australia. It is also one of three Tsunami Warning Service providers for the Indian Ocean Tsunami Warning and Mitigation System, along with Indonesia and India. The JATWC monitors, analyses and alerts for earthquakes that have the potential to generate tsunami waves that can impact Australia and Indian Ocean countries. It operates 24/7 and can issue tsunami bulletins within 15 minutes of the start of the rupture of a potentially tsunamigenic earthquake.

Letting the community know when an earthquake occurs

Earthquake alerts are important for emergency managers and the general public. For small earthquakes that occur nearby, the tremor may sound like an explosion or a strong thud, like something has smashed into the house. The effected population want to know what it was and what¿s likely to happen. If Geoscience Australia can locate a seismic event, then we can determine its magnitude and advise the public via the Geoscience Australia website and @EarthquakesGA Twitter feed.

For large, potentially damaging earthquakes which may shake an entire State, the need for an immediate emergency response to save lives becomes vital. Although a large area or region may have been impacted by the earthquake's shaking, the earthquake alert provides emergency responders the location of the most likely areas of greatest damage and where to initially focus their rescue efforts.

There are a number of ways to remember what to do if an earthquake occurs. People who experience an earthquake should stay indoors and seek shelter under a table, bench or door frame - you can remember to "Drop, Cover, Hold" when you feel an earthquake. Afterwards it is vital to stay vigilant - expect possible aftershocks, listen to the local radio for updates, avoid using phones or driving, stay calm and help others if possible.

Recording earthquake activity contributes to the sum of available data on earthquakes in Australia, and is useful in refining the Earthquake Hazard Map of Australia. This information informs improvement of the earthquake loading section of the Australian building code, which allows engineers to design structures to minimise the effects of ground shaking and better protect communities.

You can help Geoscience Australia's earthquake research by reporting if you have felt an earthquake. More information can be found on our website at www.ga.gov.au/earthquakes.