The AuScope GNSS project constructed a 100 station GNSS network, with stations located at distances of around 200 kilometers apart. This is no small feat given the remoteness of the continent, the complexities of land access and the technology of the infrastructure itself. The collaboration initiated by the project has now also resulted in an additional 500 GNSS stations across Australia being available to the Australian and international research community, compared to 30 sites before the commencement of AuScope in 2007. 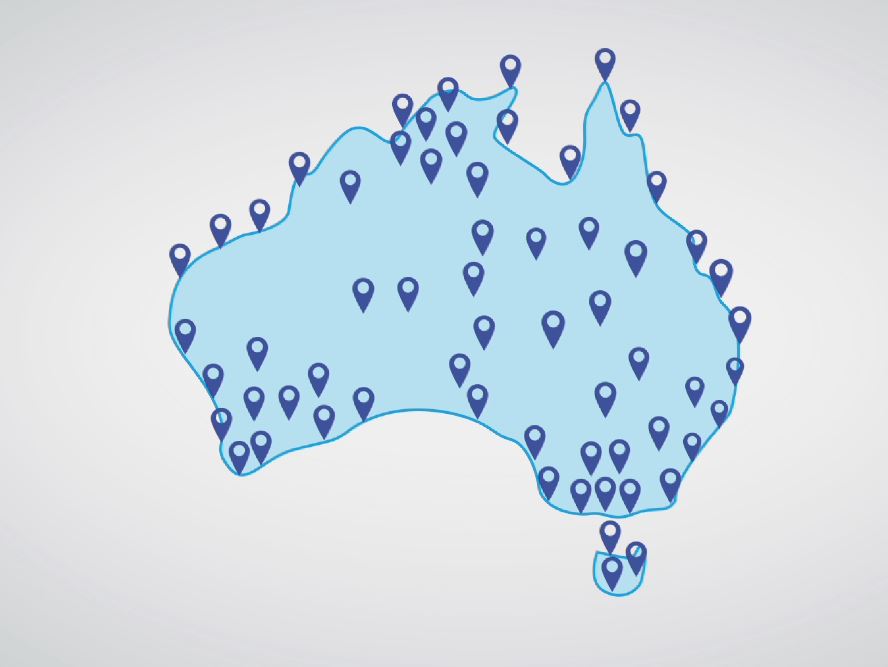 The AuScope GNSS network is contributing to the National Positioning Infrastructure, supporting advances in high precision positioning which has widespread industrial applications, including the agricultural sector where it supports control track farming practices.

Another application of the data is an improved understanding of the deformation of the continent. We can now measure the crustal deformation of the Australian continent with unprecedented accuracy, to a level of approximately 0.3mm per year. This knowledge will directly improve assessments of earthquake hazard in Australia, and will ultimately support the development of improved risk mitigation procedures and updating of building codes in Australia. It will also underpin Australia's new geospatial referencing system, GDA2020. Geoscience Australia, along with project partners, received the AuScope Collaboration Award, which recognised the team's collaborative effort to produce innovative and ground breaking advances in the fields of Earth and Geospatial Sciences. Geoscience Australia's Gary Johnston accepted the award on behalf of the project team at the recent 2016 Australian Earth Sciences Convention in Adelaide.