Exploring for the Future expands across Australia

Minister for Resources, Water and Northern Australia Keith Pitt today announced that two new resource potential corridors stretching the length of mainland Australia will be the focus of the $125 million expansion of the Exploring for the Future program.

Recommended in the Australian Government’s National Resources Statement released in 2019, the program’s expansion in June 2020 follows the completion of more than 20 activities across three million square kilometres of northern Australia over four years.

Chief of the Minerals, Energy and Groundwater division at Geoscience Australia, Dr Andrew Heap said he is confident the program can build on the success of its activities in northern Australia, which were funded by a $100 million investment from the Australian Government in 2016 that has delivered a detailed picture of the region’s resources.

“We already know the regional geology of these two corridors suggests they have several areas with high prospectivity for new resource discoveries,” Dr Heap said.

“Based on pre-existing data and information, even at this early stage, we think that both corridors have potential for new discoveries of groundwater, conventional and unconventional oil and gas, and a wide range of minerals, including gold, base metals and critical minerals.

“Both corridors run for thousands of kilometres and together cross through five states and the Northern Territory. Over the next four years we will partner with these jurisdictions on regional-scale projects that will help to fill in the data and knowledge gaps of where new resources are located. 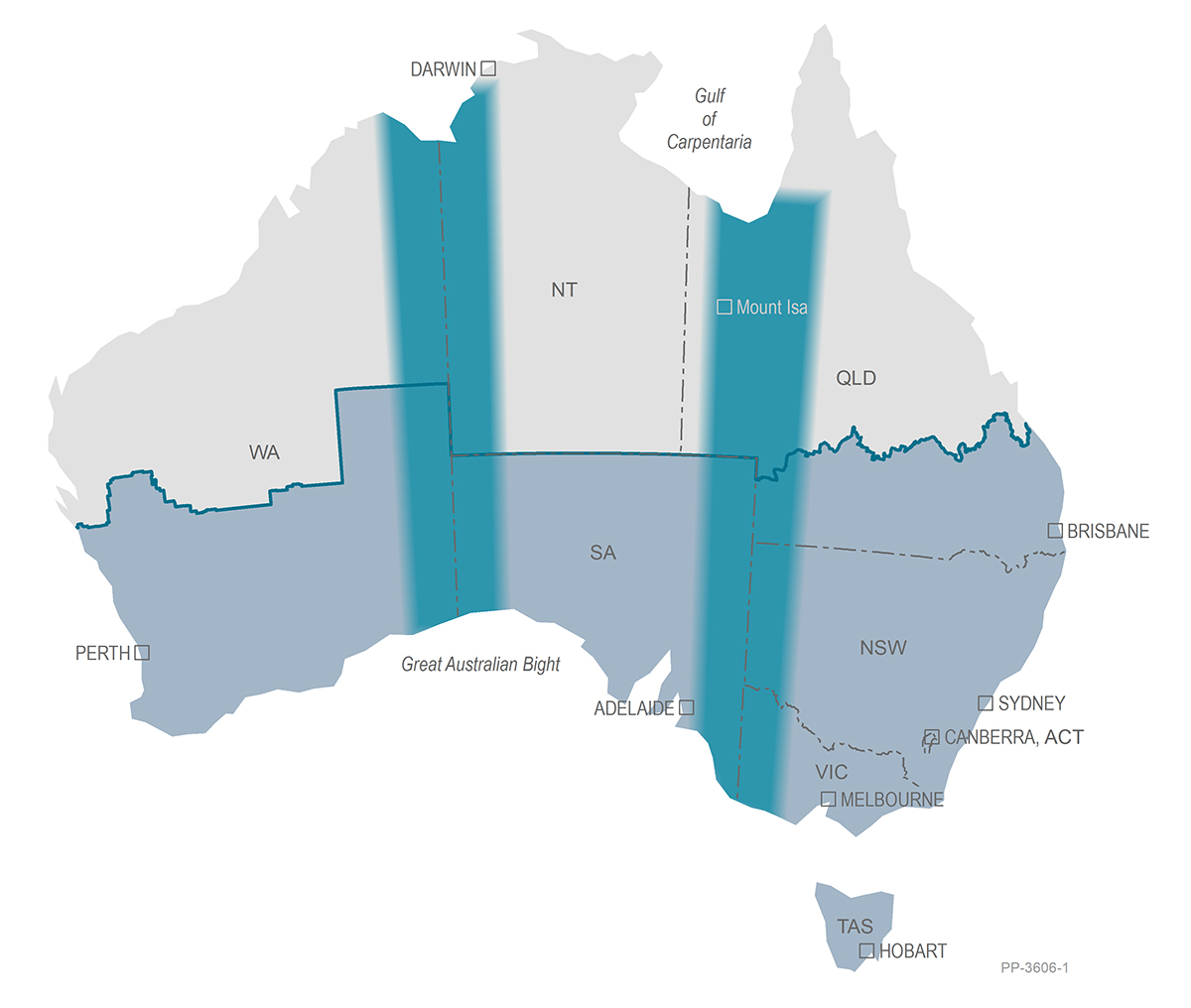 The Exploring for the Future program will collect regional-scale geoscience data across southern Australia, and along two corridors with potential for new discoveries of groundwater, mineral and energy resources.

Dr Heap said Geoscience Australia had begun the initial desktop research that will shape where projects will be undertaken in the corridors and that fieldwork was expected to start in the 2020–21 financial year.

“Our first step is to work out, in detail, what is already known about prospective areas within the corridors and use that information to identify what further data is needed to better understand the prospectivity and resource potential.

“From this desktop research, we will work with our state and territory counterparts to identify regional-scale projects with the best chance of discovering new energy, mineral and groundwater resources.

“While it is too early to say exactly when we will be able to make the data and information we collect during expanded program publicly available, we are committed to making it available and easily accessible to sectors such as mining exploration, resource management and agriculture throughout the next four years.

“We made more than 250 datasets from the program’s activities in northern Australia publicly available and we are aiming to deliver the same again.

Dr Heap said in addition to targeted activities along the corridors, Geoscience Australia will also lead the collection of regional-scale data across southern Australia.

“One of our aims is to combine the regional-scale data we collect over the next four years from southern Australia with the corresponding data from northern Australia gathered by the program from 2016 to 2020. This will create continental-scale maps of resource potential,” he said.

More information about the Exploring for the Future program can be found at ga.gov.au/eftf