Exploration investment in Australia has boomed, according to a new report launched today by Minister for Resources, Water and Northern Australia Keith Pitt.

It found in the year to December 2019, exploration investment increased by 21 per cent from $2.2 billion to $2.6 billion. This is the highest exploration spend since 2012. 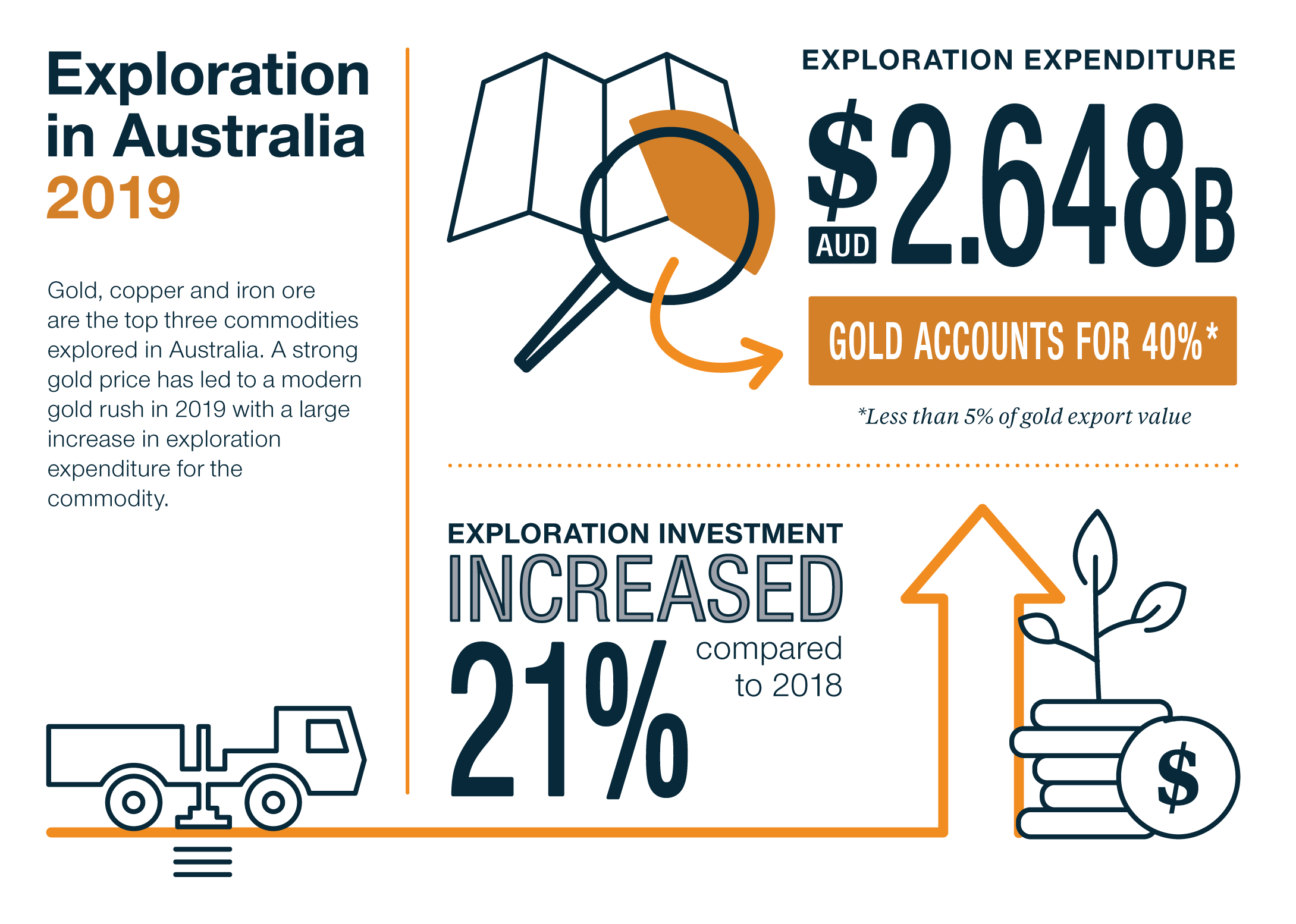 In the same time period, more than $1 billion was spent on gold exploration, with a strong gold price creating a modern gold rush.

The latest AIMR also reports that mineral export earnings grew to $234 billion in the year to December 2019 – accounting for 47 per cent of all exported goods and services. It also notes that mining contributed 12 per cent to Australia’s gross domestic product in 2019, compared to 8.4 per cent of GDP in 2018.

Australia also remained a global leader in resources and production of key critical minerals, like lithium. Fifty-six per cent of the world’s lithium is produced by Australia, and the World Bank estimates demand for lithium could rise by 965 per cent by 2050.

The data in AIMR 2020 is current to December 2019, and provides an important baseline for assessing the impacts of the COVID-19 pandemic on Australia’s mining industry.

Geoscience Australia’s $225 million Exploring for the Future program is supporting industry to discover new mineral resources across the country. Already, more than 120,000 square kilometres of greenfield exploration tenements are under application in Queensland and the Northern Territory off the back of this program.