New laboratory to support next generation of Earth science

Geoscience Australia is ready to support the next generation of Earth science advances, after its new modern laboratory was officially opened today by Minister for Resources and Northern Australia the Hon Madeleine King.

Minister King was given a tour of the laboratory by Geoscience Australia’s CEO Dr James Johnson.

“For more than two decades, our laboratory staff and their expertise has helped lay the groundwork for a better understanding of Australia’s geology – knowledge that benefits all Australians,” Dr Johnson said.

“They have analysed tens of thousands of geochemistry samples from across Australia and have set the benchmark that other laboratories around the world have followed.

“The new state-of-the art laboratory will set the bar even higher – supporting our mission to provide governments, communities and industry with the precompetitive geoscience data and information needed for the transition to net zero.” Geoscience Australia’s Director of Laboratories, Dr Keith Sircombe, said the new laboratory represented a rare opportunity to review and renew methods and workflows from the ground up.

“Laboratory safety requirements and building codes have evolved a lot since the former laboratories were designed and built in the 1990s. The new laboratory is more flexible and will evolve with new equipment and methods,” Dr Sircombe explained.

“We have replaced old ancillary equipment to improve efficiency and space and through this process we even identified some equipment that potentially pre-dated the creation of the Bureau of Mineral Resources – Geoscience Australia’s predecessor organisation – in 1946.”

In addition to the new laboratory, Geoscience Australia will also establish a mobile laboratory under the $225 million Exploring for the Future program to support the search for minerals, energy and groundwater.

All of the data analysed by Geoscience Australia’s laboratories is made publicly available through online portals such as the Exploring for the Future Data Discovery Portal. 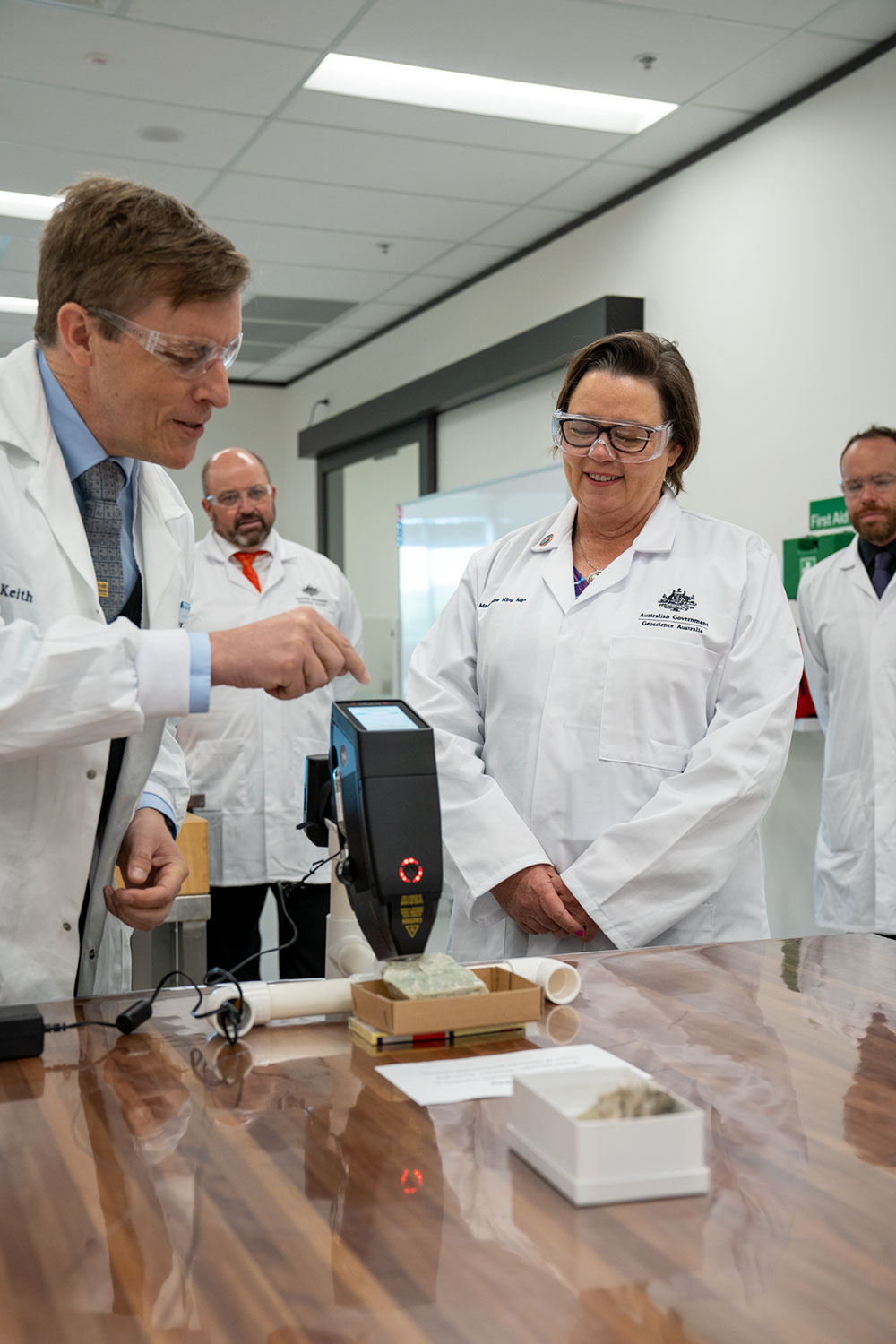 Dr Keith Sircombe explaining to Minister Madeleine King MP how to operate the Portable Laser Induced Breakdown Spectroscopy equipment, which was used to analyse a spodumene sample from Western Australia.