These contacts are for members of the media only. Enquiries from the general public are best managed via our other contact points. 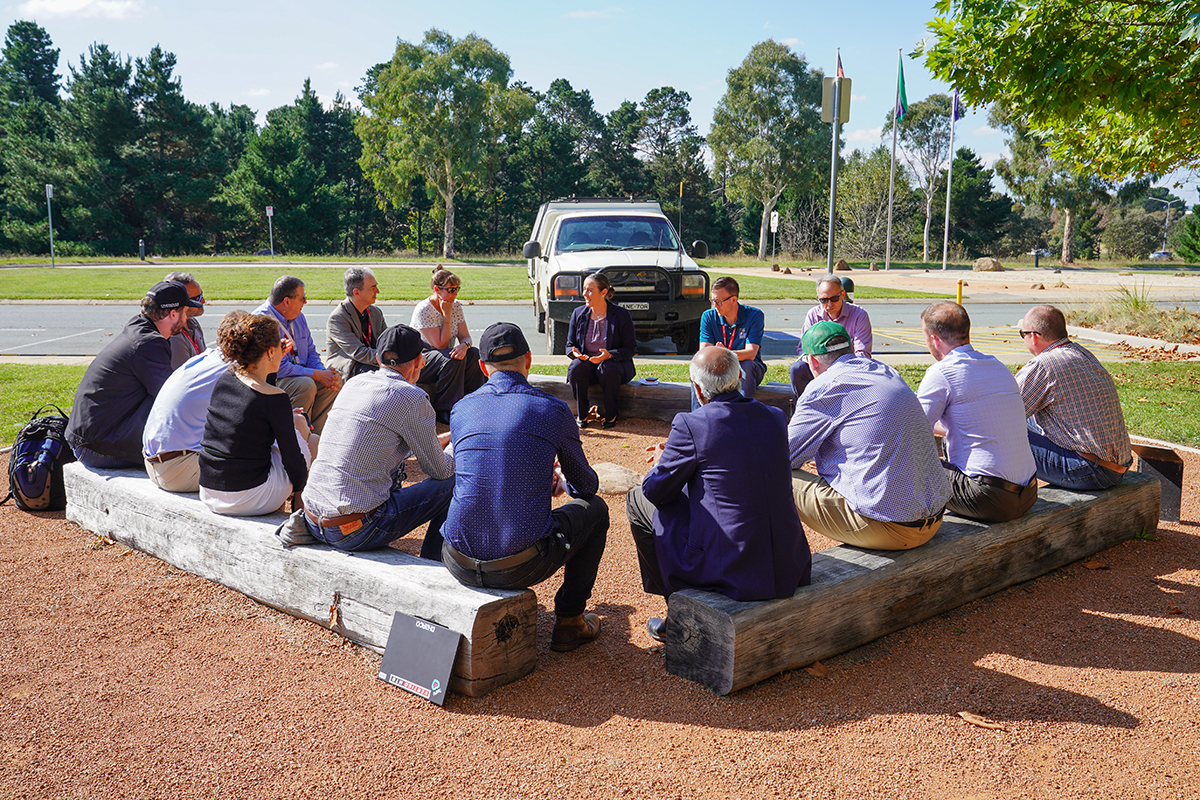 After more than two years of meeting virtually, Geoscience Australia was excited to bring its decades-long collaboration with the United States Geological Survey face to face again, hosting a delegation of staff from the scientific agency.

New data from Geoscience Australia’s Exploring for the Future program has once again confirmed the excellent geological potential of previously underexplored parts of the Northern Territory.

Geoscience Australia will play a key role in supporting Australia’s emerging space industry, with a transformational new project announced as part of this week’s Commonwealth Budget.

Today is World Water Day and the theme is ‘Groundwater: making the invisible visible’.

Queenslanders will benefit from advanced satellite positioning as the Australian Government partners with the Queensland Government, and the private sector, to improve GPS accuracy, taking the data available to Australians from metres down to centimetres.

I welcome the exciting announcement by the Prime Minister Scott Morrison and Minister for Resources and Water Keith Pitt on 16 March, which sets out a new Critical Minerals Strategy, including a series of initiatives to build a competitive critical minerals sector in Australia.

Australia is an ancient land, with an ever-changing landscape. To help track and understand these changes, our Digital Earth Australia team has developed DEA Land Cover.

Peter Doucette, Acting Director of the U.S. Geological Survey's (USGS) Earth Resources Observation and Science (EROS) Center has announced that data from the newest Landsat satellite is now publicly available following the September 2021 launch and a period of calibration and testing.

Geoscience Australia continues to make science accessible for everyone, with an exciting program of public talks kicking off for the year.